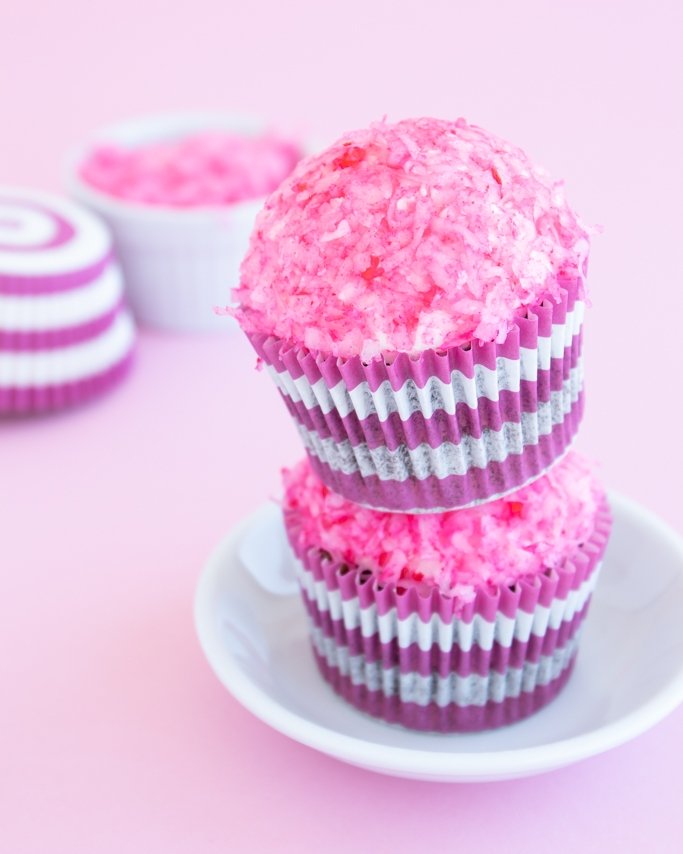 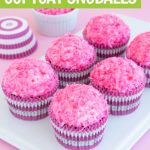 Welcome back Sweets Squad! We’re feeling all the pink fluffy feels right now because today on the blog we are sharing a copycat cupcake classic. If you haven’t guessed it already we’re talking about coconut marshmallow cupcakes otherwise known as copycat snoball cupcakes!

Be sure to check out our first Valentine cupcake recipe of the season from last week – Strawberry Cream Cheese, Strawberry Funfetti, and Strawberry Banana Recipe! We’ll be posting one each Monday through the month of January.

Long gone are the days where these marshmallow coconut treats only brightened up the end caps of groceries stores…you can now make your own copycat snoball cupcakes version right at home! Who doesn’t want to play, I mean bake, with pink coconut? It’s so much fun.

These cupcakes come together really quickly with a chocolate cupcake base, a layer of marshmallow frosting, and a coating of pink coconut shred.

Naturally, we made them EXTRA cute with our perfectly pink stripe BakeBright cupcake liners – chocolate cake is no match for our greaseproof liners! (Though we think our pink chevron liners would be pretty perfect as well.)

Wondering how to easily shape the round cupcake tops (mess free)? Keep reading below! These are very similar to our Ornament cupcake tutorial just with coconut instead of our sugar crystal sprinkles!

How To Make Coconut Marshmallow Cupcakes

Gather these ingredients and follow the steps in our recipe below. These are so easy to make, you’ll be tweaking the colors for each of the upcoming holidays! You can use our Scratch Chocolate Cupcakes or the box recipe below:

Like These Copycat Snoball Marshmallow Cupcakes? We Have Many More Easy Cupcake Recipes To Try!

You may also love

How To Make Square Cupcakes With Round Cupcake Liners

Come on in to a world of sprinkle mixing, cupcake liner designing, color loving, party and baking supply fun! Be prepared to smile, a lot.